Labels
Posted by What Art Did He Make Today 4:10 PM


Baseball and Steroids, Runs, Hits and Lots of Errors 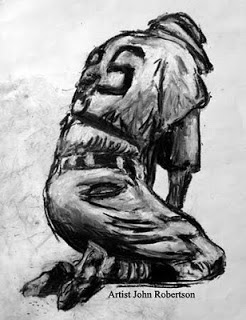 effects of steroids are reversible but other effects are never changed in the minds of the public.

By taking steroids and bGH a player can inflate his statistics and his body.  I don’t mean to pick on Mark McGwire but to use him as an example In 1996 McGwire hit 50 home runs with 390 official times at bat – every 7.8 times he was at the plate. Babe Ruth did that eating candy bars and "light drink." When listening to McGwire’s infamous performance before House Government Reform Committee in March 2005 there were short pauses while viewers smothered their faces with laughter. McGwire didn’t hit 135 home runs in two years eating bonbons.

Originally the baseball was made so you couldn’t hit it easily, high, or far, so 60 home runs a season hitters are usually pituitary freaks. But we want our players to be made by nature not in the lab. Remember when baseball players were small? (For example: PeeWee Reese). Joe DIMaggio was only 6 feet 2 inches and weighed 193 pounds. Where have you gone, Joe DiMaggio? There is a generation out there that thinks DiMaggio invented the coffee maker.

Like Joe DiMaggio, baseball players are symbols – of what things were what things are and what things will be. I guess we, as fans, get what we deserve. I just prefer not to see a some great ballplayer pumped up on steroids riding in a convertible waving to a frenzied crowd.