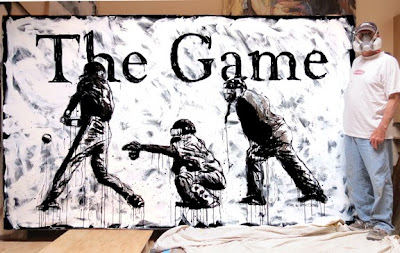 Why Baseball is The Game

As the great player and Hall of Fame manager, Earl Weaver said, “You can't sit on a lead and run a few plays into the line and just kill the clock. You've got to throw the ball over the damn plate and five the other man his chance. That's why baseball is the greatest game of them all. “

“The Game” Baseball.  ’s great pastime.  The game most boys and some girls have played at some time in their lives.  It’s called ’s game because it was one of the first sports played seriously in the starting 1845.  I played in Little League and then in the Pony League.  After that, not much.  High school grades (bad ones) prevented me from playing in high school and there was no college in my future.

As long as I could play the game of baseball I felt I was still a kid, I forgot everything when I was playing.  The assaults of the world started on me early.  A bad day of playing the game was always better than any other day I had.  I didn’t have to worry about school, or my parents or friends.  All I thought about was hitting the ball and at other times catching the ball with waiting in-between.  And the waiting never bothered me.  I was lost in the dream of playing.  Even when there was no organized game to play, we played out in the streets, home plate a hub cap off a car and bases were curbs and lines in the street.  We’d play until dark and only quit because we could not see the baseball anymore.  And only occasionally did one of us get hit by a car – usually a light tap.

One of the great American poets, Walt Whitman lived at the time of the founding of baseball  1819 - 1892. He saw the beginning and the development of the game.  Horace L. Traubel who wrote about Whitman in , “Walt Whitman in ,” vol. 2 (stated by Whitman in September 1888): “Whitman spoke more about in glowing terms: Baseball is the hurrah game of the republic! That's beautiful: the hurrah game! well—it's our game: that's the chief fact in connection with it: America's game: has the snap, go, fling, of the American atmosphere—belongs as much to our institutions, fits into them as significantly, as our constitutions, laws: is just as important in the sum total of our historic life.


Sports Painting. About the Baseball Art