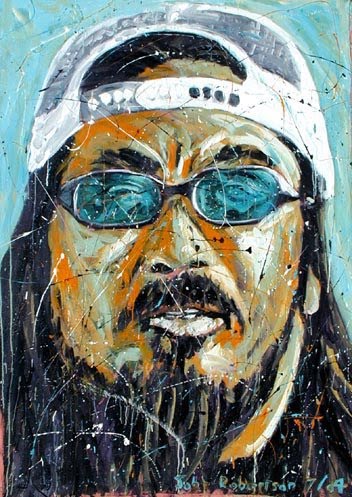 Jeff Ho was one of the original Z-Boys of skateboard and surfing fame.  Z-Boys were a group of skateboarders in the 1970's from South Santa Monica and who are credited with inventing modern skateboarding.  Jeff had started a local surf team and later a skate team named Zepher Surf Team and Zephyr
Skate team which is how the they became to be known as Z-Boys.  Jeff Ho opened Jeff Ho Surfboards and Zephyr Productions, a surf shop in the area in 1971 and closed it in 1976.  By the way, Jeff still shapes boards and they are still available on line along with other surf and skate products. A bit of Jeff’s story was told, along with his team in the the 2001 documentary film, Dogtown and Z-Boys, and a 2005 biographical film, Lords of Dogtown.

I first met Jeff Ho in around 2000 when visiting my future wife in , Ca.  One of my wife’s best friend lived next door to her in and she happened to be Jeff Ho’s girlfriend during the Z-Boys days in .  They were still good friends and sometime surfing partner’s to her husband.  He came around regularly to their house and I would speak with him, not knowing his past history.  I just always admired the surfboards he usually had hanging on his car.  They were beautifully painted and shaped.  Because he had an interesting face I asked him if he minded that I paint his portrait.  Being the great guy he is, he agreed.  Only after a few months after completing the painting did I ever find out who we was and his history.

The skateboard you see photographed is one I made for a skateboard auction fundraiser.  It seemed appropriate to create the surf deck with the image of Jeff on it.