Labels
Posted by What Art Did He Make Today 6:23 PM

In football linemen get little glory but the real football battles are fought there, as they say, "in the trenches" My favorite linesmen’s were from the "old school" Green Bay Packers. During late summer of 1963 I spent a couple of weeks in and had the opportunity to watch the Packers daily 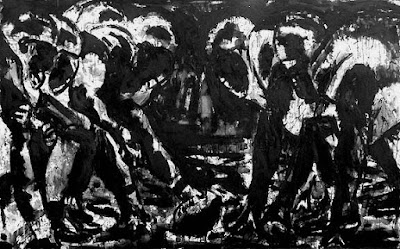 practice. In those days the practices were open and we could actually sit on the player’s bench and talk with them.

My two favorite players were "Fuzzy" Thurston and Jerry Kramer. They were key member of the Packers' offensive line during the team's glory years from 1959 through 1967, when they won five NFL Championships and the first two Super Bowls. Kramer was an All-Pro five times, and a member of the NFL's 50th anniversary team in 1969. Thurston was named to the 1961 and 1962 All-Pro teams. Kramer , 6'3", 250 lb. right guard, (and "Fuzzy" (Fuzzy was at left guard) were an integral part of the famous "Packer Sweep", a signature play in which both guards rapidly pull out from their positions on the line and lead-block for the running back going around the end. 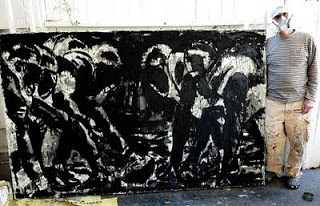 "Fuzzy" is famous for his quote in response to a sportswriter's question asked of him how he prepared for the famous Ice Bowl game (where the game-time temperature was 15 degrees below zero). Thurston's response was "about 10 vodkas."