Sonia posted a photograph of her son Bear Huff , This is what she said  "This is my son playing in the World Jr Masters Golf Tournament in last year at 9 years old boy. Bear has been playing golf since he was 1 1/2 and in tournaments since he was 4."  He began his love of the game from watching his biggest fan and coach...his Daddy!"  This boy swinging the golf club has great form and follow through. As a sports artist it id s really good photograph to work from.  You can picture the golf ball leaving the club and flying down the fairway, knowing it is a nice drive.  You can follow Bear Huff on his facebook page 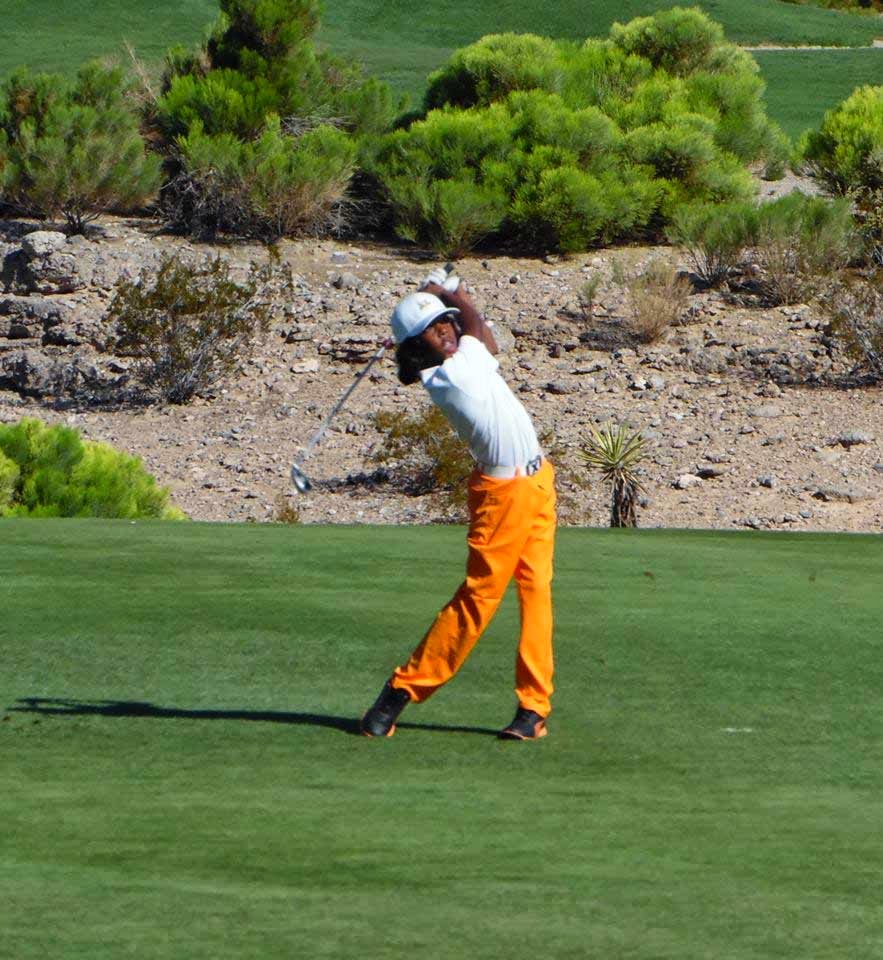 What I like about the game of golf is some of the interesting words used, like: "Birdies, Bogeys, and Riders" which to the to the uninitiated has little meaning.  A lot of people don't know what a "Rider" is - so here is a little story to explain the term.

Four old men went into the pro shop after playing 18 holes of golf.

The pro asked, "Did you guys have a good game today?"

The second old guy said, "I had the most riders ever. I had five."

The third old guy said, "I had seven riders, the same as last time."

After they went into the locker room, another golfer who had heard the old guys talking about their game went to the pro and said, "I've been playing golf for a long time and thought I knew all the terminology of the game, but what's a rider?"

The pro said, "A rider is when you hit the ball far enough to actually get in the golf cart and ride to it."