Labels
Posted by Unknown 9:00 AM 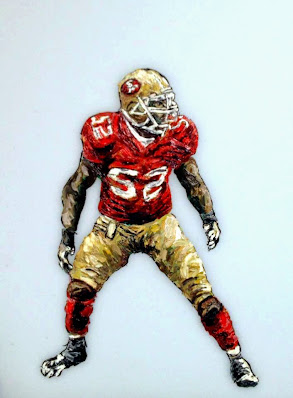 I did this painting recently for my cardiologist as a gift for his good care during after my surgery . His favorite team is the 49ers and his favorite player was Willis. So I gifted him the football art
When I was having stitches removed by him after my procedure the pain brought tears to my eyes. I asked him if he had a stick to bite down on and he, in his best bedside manner, said, "I'm not taking your leg off". That really gave me comfort but I still continued to whine and cry. The hospital nurse, who held me down as I squirmed with the pain, was very sympathetic to my agony. Pinning my shoulders onto the bed, and In a very soft and loving voice she whispered in my ear, "try child birth"
A Few Stats About Patrick Willis

Patrick Willis was a pretty spectacular football player. In 2007 Willis  was drafted by the 49ers in the first round. He played college football for ("Ole Miss") the and received All-American honors.  As a senior at Ole Miss, he received the Butkus Award and the Jack Lambert Award as the nation’s top linebacker. A year later as a member of the 49ers, Willis led the NFL in tackles, earned first-team All-Pro and Pro Bowl honors while being named the 2007 AP NFL Defensive Rookie of the Year. Willis has earned Pro Bowl and All-Pro honors in all six years he has played in the NFL. He is the only player to receive the Butkus Award for best linebacker in more than one category. He won the college Butkus Award in 2006 while at Ole Miss and in 2009, he won the professional Butkus Award while with the 49ers.  (Info from Wikipedia) 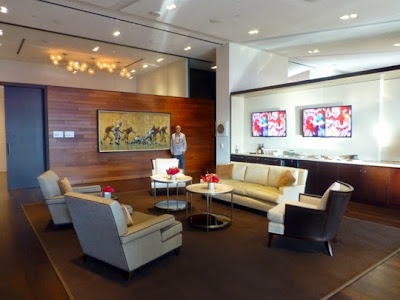