Labels
Posted by Unknown 9:15 AM 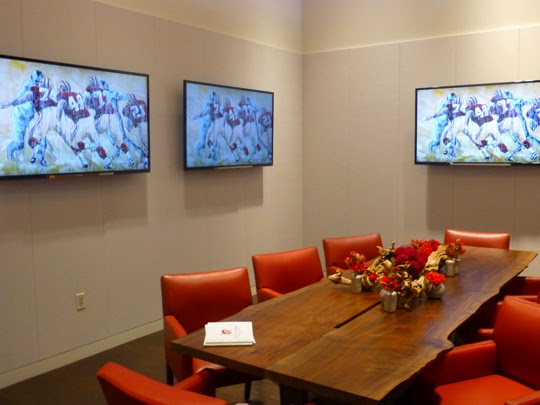 We walked into a small conference room at the 49er's Levi's Stadium.  We were there for a tour of the art collection in which the 49er's had purchased five paintings from me for their collection and all three of the monitors in the room had one of my images on the screen.   The original is 6 feet by 8 feet acrylic on canvas.  We did not have access to where the original had been hung as that part of the stadium had not been totally finished.

“You can do high-end art, and it can depict sports and the environment and still be fine art,” said Tracie Speca-Ventura, founder of Sports & the Arts, which has handled art at venues such as Yankee Stadium and and has drawn interest from the Kings about their new arena.  “Everyone looks down on sports art,” she said. “So that’s what my fight was, and it’s something the 49ers really got behind. The ( family) became invested and so did management. It became very intimate with this building.”...  “It goes back to, art’s not for the elitist,” she said. “Art can really be for the people. We are all impacted by it...  It captures a moment and an era.” 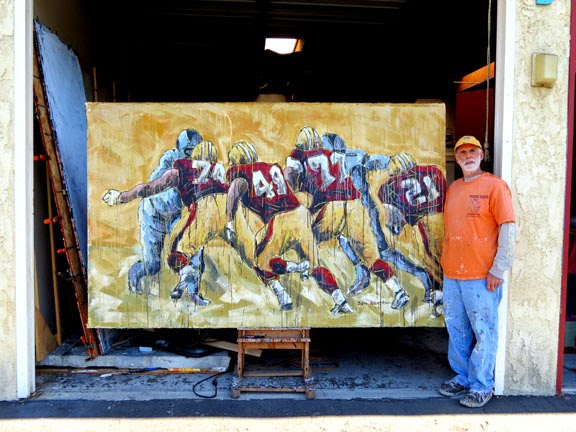