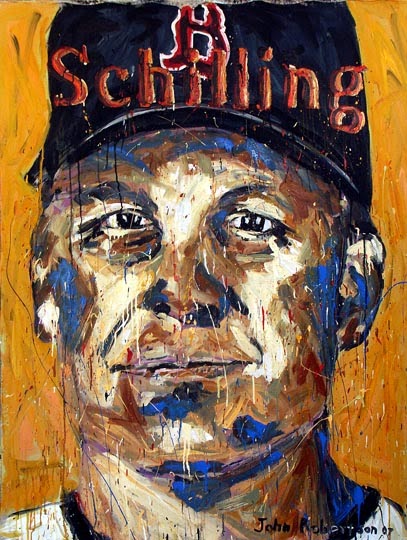 The great pitcher Curtis Montague Schilling who finished his Major League Baseball career at the Boston Red Sox was aright-handed pitcher who helped lead the Philadelphia Phillies to the World Series in 1993 and won World Series championships in 2001 with the Arizona Diamondbacks and in 2004 and 2007 with the Boston Red Sox. Schilling retired with a career postseason record of 11–2. His .846 postseason winning percentage is a major-league record among pitchers with at least 10 decisions.

In the current news Curt that announced he had been diagnosed with squamous cell carcinoma -- cancer in the mouth. Schilling blames his use of chewing tobacco as a player.

According to Steve Silva of the Boston Globe, Curt Schilling said, "I did (chewing tobacco) for about 30 years. It was an addictive habit. I can think of so many times in my life when it was so relaxing to just sit back and have a dip and do whatever, and I lost my sense of smell, my taste buds for the most part. I had gum issues, they bled, all this other stuff. None of it was enough to ever make me quit. The pain that I was in going through this treatment, the second or third day it was the only thing in my life that had that I wish I could go back and never have dipped. Not once. It was so painful."