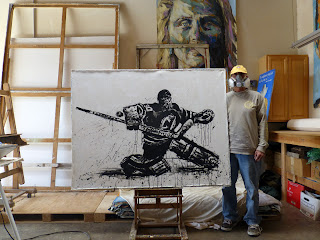 In his 21-year tenure with the Devils, he has won three Stanley Cup championships and has been in the playoffs every year but two. Brodeur has won two Olympic gold medals with Team in the 2002 and 2010 Winter Olympic Games, as well as several other medals with Team in other international competitions. From Wikipedia, the free encyclopedia
Labels: hockey art hockey image hockey painting Image sports art Martin Brodeur Martin Brodeur image New Jersey Art New Jersey Devils New Jersey Devils painting Sports Painting 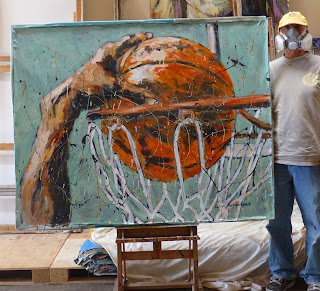