My daughter and granddaughters live in so it seems appropriate that I paint one of the plays from the New England Patriots and Jacksonville Jaguars AFC Championship Game.  My sports art painting is my interpretation of the pass reception and touchdown thrown by New England 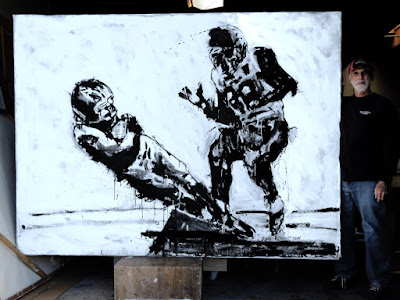 Patriots Tom Brady to wide-receiver Danny Amendola.  The touchdown gave the New England Patriots the go-ahead points against the Jacksonville Jaguars that ultimately decided the AFC Championship Game – and leads up to the SuperBowl.  This will give the Patriots number 10 visit to the Superbowl.  And all of this came by the on 9-yard touchdown pass Tom Brady threw to Danny Amendola

This is the third time in four seasons that the NFC Champions New England Patriots are going to the Superbowl.   If you do not remember, last year in Superbowl 51 the New England Patriots were trailing 28 to 3 behind the AFC Atlanta Falcons.  In the largest comeback in the history of the NFL Superbowl, and in overtime, the Patriots, lead by the great quarterback, Tom Brady, they won the game 34 to 28.

Danny Amendola said about the win over the Jacksonville Jaguars and gave them the win for this years boost into the Superbowl 52,  "It means a lot. We worked so hard for this."  Amendola, made a strong contribution to the win by catching seven passes for 84 yards. 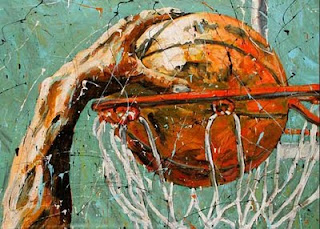